For a springtime breath of fresh air, we have a new take on
Il Postino, Daniel Catan's romantic soundscape based on the hit film of the same name.

Il Postino is a fantastic fable in which a simple man goes on a quest to discover his greatness, and a great man discovers his own simple soul. Daniel Catan's score is as luscious as it is fierce and fragile, and functions as a vessel for poetry, but also as a ballet of life, an underscoring to time spent on a secluded island.

We've sought to create a tactile, sensual environment for the dreams, fantasies, and heartbreak of this beloved story, where the famous poet Pablo Neruda and the fisherman's son Mario Ruoppolo develop an unusual friendship. Eschewing any sleek tools of projections, video, or pret-a-porter, we devised scenic and costume art comprised principally of earth, paper, and lace. 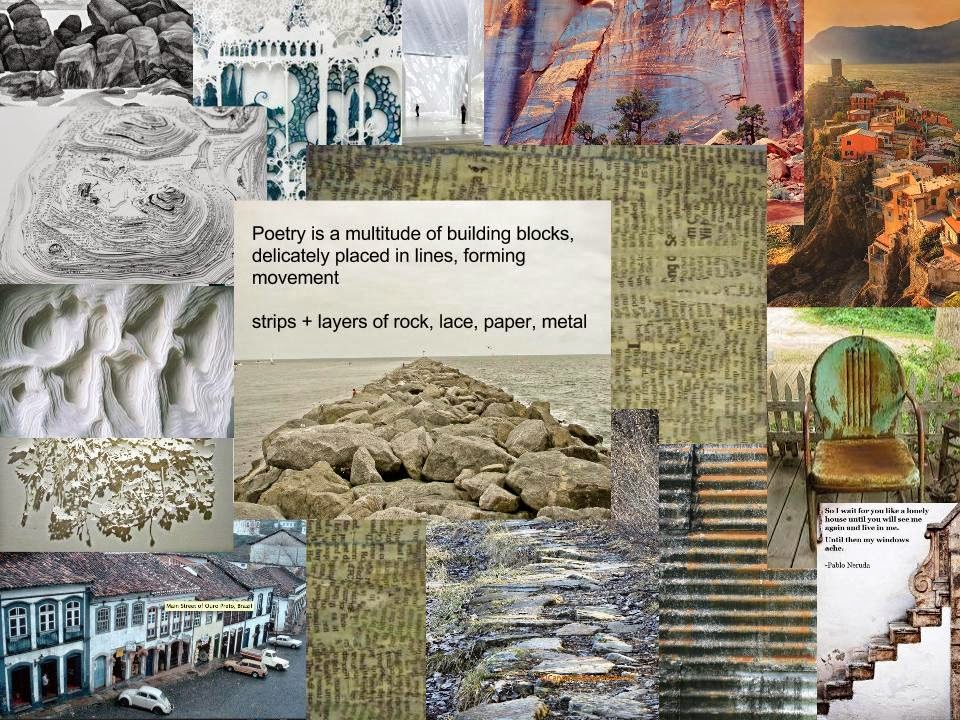 If poetry uses words as small, irregular building blocks, strung together to create lines, lines that then undulate and layer and move, then we have designed an opera production that is poetry itself: a multitude of layers of various building blocks and lines found in the natural world. We built this environment of rocks forming a mountain, paper-thin cloud wisps creating a multi-dimensional sky, layers of paint chipping off old tin furniture, and Chilean embroidery overlapping the crude swarm of fishermens' nets.

We blend all these textures of sky, sea, land, paper, and fabric together in this place of stark loneliness but also powerful romantic possibility.

Our set is simple – a lonely rock amidst a great sky and sea. The Island is a long rake on one side, a rocky coast going into the sea, which becomes Neruda's back yard and solitary place of repose. The back of the island reflects the kind of stone wall of stairs common in coastal towns. 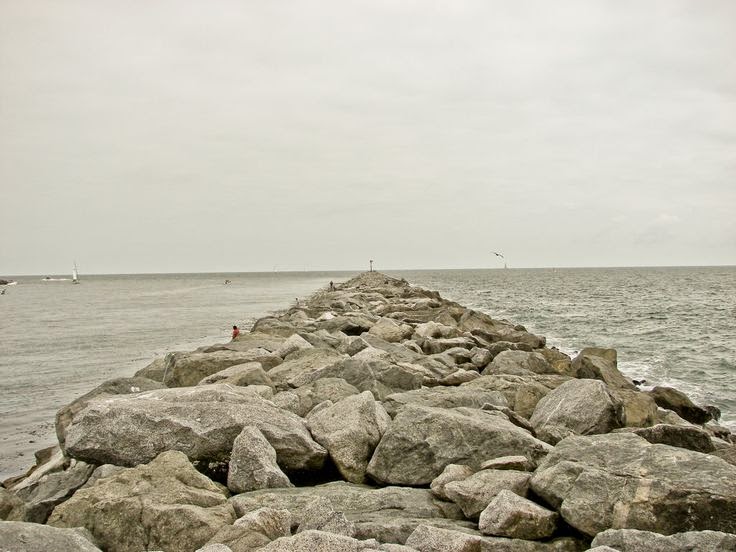 Above this, the sky is an ever changing collage of paper clouds – again, horizontal lines of interlocking visual poetry – which fly in and often have the poets' words stenciled into them, allowing light to shine through and create a magical, textured effect. 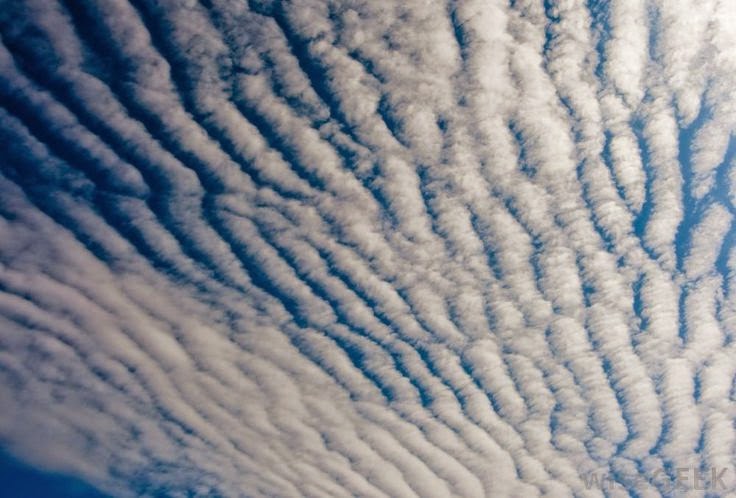 While the opera is paced similar to the film – short scenes in many settings – we were able to whittle those locales down to very few. The first and last, primary image we see is Neruda alone on the Island. To create the smaller locales, we add smaller elements, roofs, lighting fixtures, shutters, minimal furniture. All of these man-made elements use the harsh texture of metal – the opposite of our soft world of earth / water / paper.


For the design of the costumes we are drawn to some beautiful Chilean weaving designs and horsehair textures, and were intrigued with the spectre of Mario's “sad fishermen nets.” We play with these textures to allow Beatrice and Mario to transcend their humble setting as they explore a poetic world. Hence the poet Neruda wears the colorful mark on his jacket of traditional Chilean embroidery.

While Mario begins in a simple ragged shirt and pants, he later earns a fantastical colored coat, with appliqué “embroidery” made from his interlocking nets, over an open-collared, flowing poet's shirt. Beatrice is allowed to lose her sturdy house dress for a sheer butterfly gown, the wings of the skirt playfully surrounding her. Hence Mario and Beatrice see each other in their most spectacular forms. 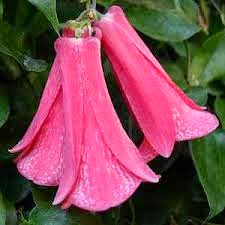 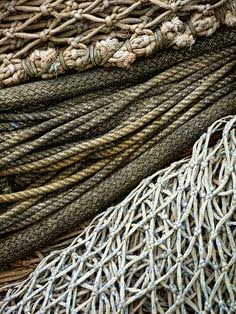 Beyond the primary four characters of Neruda, Mario, Beatrice and Matilde, the rest of the ensemble creates the extremes of realistic versus fantastical life. The awakening of the ensemble comes with Mario's awareness and imagination, beginning with the fishermen's chorus in Act I Scene 8, which we imagine happening through Mario's eyes – suddenly these poor, exhausted fishermen shed their dirty, frayed jackets and open their worn jumpsuits, revealing clean, white, flowing poet's sleeves and their movement and gestures follow suit as they serenade their women.

While the chorus is set for men's voices only, we would also have a small group of female dancers who act in both literal and figurative roles in the island community. When Mario and Giorgio take to recording the sounds of the island, Mario's imagination and artistry is at its highest, and through his eyes we see the fishermen poets of Act 1 appear with their ladies, together creating the movement of the sea, sky and stars in a choreographed dream ballet, influenced by the gestures of traditional cuerca dance. 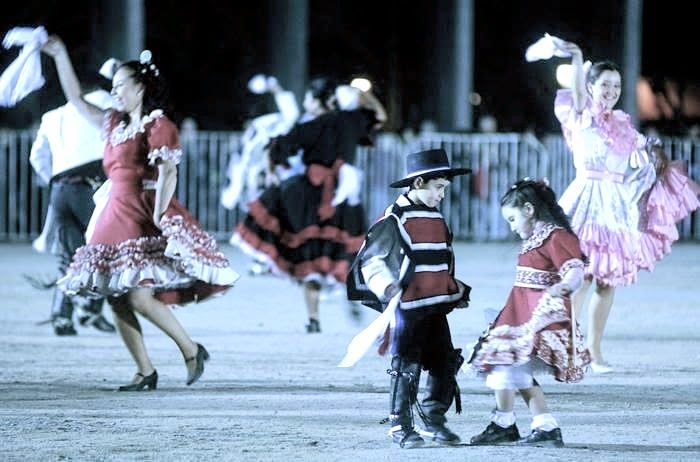 While the ensemble has tremendous power to create an intoxicatingly sensual world, they also create Neruda's most frightening fear: throngs of the dead, still as boxes. During Neruda's aria in response to devastating news from the mainland, we see these ensemble figures lingering upstage of the Island, a wave ready to roll in. This wave of figures returns at the end of the opera, out of which Mario emerges, singing his last letter to Neruda.

By the end of the opera, Catán's score of soaring melodies, gritty percussion, and flowing brass and strings have taken us around and through this enchanted isla. But the rocks, lace, and paper combine to make a fragile world, and one that is only enlivened by music and metaphor. Here we learn what it takes to bring the poet out of anyone, and how even the most insignificant death can break the heart of a hero.

Was Mario ever truly a great poet? Did Neruda ever come to love him as a true friend? Will Beatrice retreat back to Donna Rosa's pessimism after her love is taken? Will the island people ever win over the politicians' dismissals and corruption? This piece shall raise more questions than it answers, in the way that the best poetry makes you stop and ponder its meaning, which often seems just beyond your reach.
Posted by Unknown at 11:50 AM